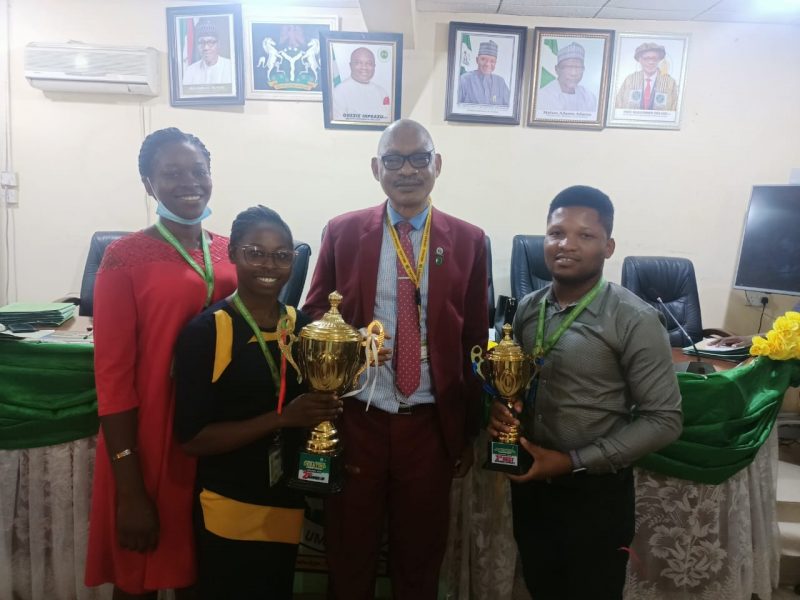 A contingent of students from the Michael Okpara University of Agriculture, Umudike has made the institution proud, following their remarkable performance at the All Nigerian Universities Debate, Public Speaking and Quiz Competition held from the 13th-19th February at the University of Illorin, Kwara state.

The University won 3rd place in the beginner’s category, while the professional debate team won the 2nd runner-up trophy in a competition that featured 64 teams.

The feat of the finalists at the competition was last matched in 2015 when the University made it to the finals in the debating category.

The contingent from the University who participated in the Public Speaking Category came 4th out of 95 public speakers and 15 finalists.

Presenting the triumphant students to the Vice-Chancellor, Prof. Maduebibisi Ofo Iwe, yesterday, the head coach of the club, Daniel Obiyo, narrated the ordeal faced by the participants, lamenting the challenge that the issue of lack of funds posed to participating in such competitions across the globe.

In his response, the elated VC praised the students for their remarkable feat despite limited support, promising that the University would give the debate club the needed enablement subject to the availability of funds.

An elated Prof Iwe noted with pride that it was remarkable that a University without an English or Literary department like MOUAU would best their peers with such departments.
0Shares
PrevNext