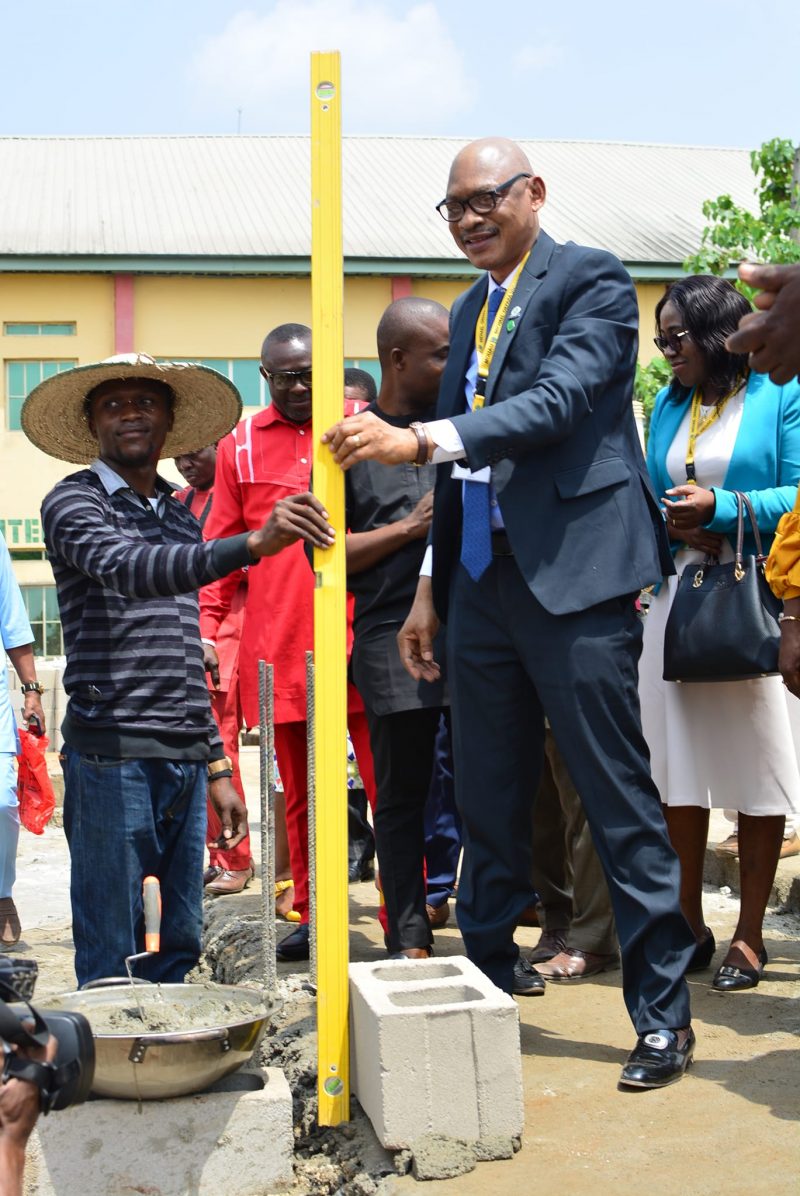 The Vice-Chancellor of the Michael Okpara University of Agriculture, Umudike (MOUAU), Prof. Maduebibisi Ofo Iwe, has reeled out his achievements after what he described as “a year of experience and impact”.
Prof. Madu Ofo Iwe gave account of his one-year stewardship in a press briefing held at the VC’s conference room, on Tuesday, as part of activities to mark his one year in office as the 6th Vice-Chancellor of the University.
While recapping the achievements of his administration before November, 2021 in the areas of infrastructure development; staff and students’ welfare; commercialization; alumni welfare; partnerships; conflict resolution; digitalization of University processes; provision of agricultural land and equipment; as well as research and innovation, the VC used the press briefing to outline his most recent achievements.
According to Prof. Iwe, since November, 2021, his administration has brought to near completion two hostel and classroom blocks located near the College of Physical and Applied Sciences (COLPAS).
The MOUAU VC also listed other recent achievements, including the facilitation of the construction of the University store complex; a model Post Graduate students’ hostel complex; the upgrading and equipping of the laboratory at the University Health Services Department, amongst others.
The VC further disclosed that in the area of staff welfare, the University is affiliating with the Agricultural Research in Africa (FARA) to train her staff in agricultural research and innovation.
The University’s helmsman went on to announce latest breakthroughs in the University, including the establishment of a well-equipped surgical theater at the University Health Services Department, as well as its accreditation by the National Health Insurance Scheme (NHIS) to perform surgery in obstetrics and gynecology.
Prof. Iwe also mentioned the numerous laurels won by the University in the past year, including an award of achievement in excellent performance in Science, Technology and Innovation by the Federal Ministry of Science, Technology and Innovation, in recognition of the breakthrough of Prof. M.C. Ezeibe in his work in treating viral diseases such as COVID-19.
The VC decried that his administration, in the past year, has been faced with the challenges of the COVID-19 pandemic, the paucity of funds, low staff cooperation, amongst other brick walls.
He, however, maintained that he will navigate through the numerous challenges and move the University forward by embracing prudent management, fairness, friendship and partnership, as well as research and innovation.
At the press briefing, Prof. Iwe received an NTA Hall of Fame Award in recognition of his numerous achievements
in his one year in office.
The pressmen accompanied the Vice-Chancellor to witness the foundation-laying ceremony for new blocks of lecture halls and offices for the School of General Studies; the University Central Store building; and a model Post Graduate students’ hostel. The VC and his guests also inspected the ongoing construction work on the University farm link road.
Colleagues, friends and well-wishers of the Vice-Chancellor were later treated to a colourful reception at his residence hosted by his family.
The 3-day programme to commiserate the one year in office of Prof. Madu Iwe reached its climax on Wednesday with a special edition of the University’s prayer convocation, LIFTING UP MOUAU, held at the University’s Old Matriculation Ground.
Speaking during the prayer programme, the guest homilist, Mr. Gbile Akanni of the Peace House Gboko, who drew his sermon from Psalms 45:1-7, advised members of the University Community to put God first in their activities, in order to obtain His favour for the growth of the institution and individual lives.
Mr. Akanni had earlier charged members of the University Community to cultivate a heart of righteousness in a preliminary prayer meeting held on Tuesday at the Senator Anyim Pius Anyim Auditorium of the Institution.
At both prayer gatherings, the Vice-Chancellor thanked God for His constant mercy and faithfulness which he said kept the University in the past year. He reaffirmed that MOUAU will continue to seek the face of God in all her endeavours.
Prayers were offered for the University Management, The University Council, staff and students, as well as all ongoing projects and expectations of the University.
The one-year anniversary celebration of Prof. Madu Ofo Iwe had kick-started on an entertaining note, on Monday, with a friendly match between the MOUAU Bloomers FC and the Young Strikers Academy at the University stadium. A resilient MOUAU Bloomers side beat their opponents 2-1 in a cagey encounter.
0Shares
PrevNext