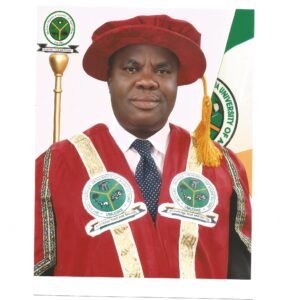 Engr. Prof. Ogbonnaya I. Okoro(SM’02) received the B.Eng and M.Eng. degrees in Electrical Engineering from the University of Nigeria, Nsukka in 1991 and 1997 respectively. He holds a Ph.D in Electrical Machines from the University of Kassel, Germany under the DAAD scholarship programme. Prof.Okoro is a registered Electrical Engineer(COREN) and a member of several Engineering professions such as Nigeria Society of Engineers, Institution of Electrical/Electronics Engineers, Solar Energy Society of Nigeria, etc. He is also Fellow of the Nigerian Association of Technologists in Engineering, NATE and Nigerian Institution of Power Engineers, NIPE.
He has served as Head of Department of Electrical Engineering, University of Nigeria, Nsukka(2006-2008) and  also as Head of Department of Electrical/Electronic Engineering, Michael Okpara University of Agriculture, Umudike(2009-2012).
He was formerly Dean, College of Engineering and Engineering Technology, Michael Okpara University of Agriculture, Umudike(2012-2015). He is the current Dean of Postgraduate School, Michael Okpara University of Agriculture, Umudike. Prof. Okoro has over 120 publications published in both local and international journals/conference proceedings. Based on the qualities of his publications and the ranking of the journal publication, GOOGLE/Researchgate lists his name as one of the most read/cited names in Electrical Machines. His Google scholar details(@19/21) include: h-index 14, i10-index 22, Citations 891). He has published eight(8) books used in both Universities and Secondary schools. His book on MATLAB/SIMULINK is one of its kinds in Nigeria. The book is widely read in Nigeria and some southern African Universities. His research interests are in areas of dynamic simulation and control of induction machines as well as in the thermal and dynamic analysis of AC machines. He is an Author of two Textbooks published by JUTA (South Africa): Concise Higher Electrical Engineering and The Essential Matlab / Simulink for Engineers and Scientists.”
Engr.Prof. Okoro has severally served as Resource person to COREN on accreditation programmes to Universities and Polytechnics. He has also on several occasions acted as Chairman to NUC accreditation programmes in most Nigerian Universities.
He has supervised four(4) Ph.D and Thirteen(13) M.Eng  candidates. He likes reading, clubbing and playing Lawn Tennis.  (Email: okoro.ogbonnaya@mouau.edu.ng, deanpgs@mouau.edu.ng.  Office of the Dean, Postgraduate School, Michael Okpara University of Agriculture, Umudike, Abia State, Nigeria).