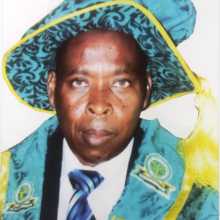 Elder Uche Arua is a Chartered Librarian of Nigeria (CLN).  He is the 4th University Librarian of MOUAU and the first internally generated University Librarian. He holds B.A., Library Science 2nd Class Upper Division, MLS (UNN) 1996 and 2002 respectively.  Born in January 10, 1963.   He had his primary and secondary school education at Ofali Agwu Primary School and Ohafia High School.

Elder Uche Arua rose through the ranks from Library Assistant to University Librarian.  He has headed some departments in the University Library viz: Collection Development (Acquisition) Department, Readers Services (Circulation) Department and Serials Department before his present position.  He had been a two term Chairman of ASUU Multipurpose Cooperative, Welfare Officer of ASUU – MOUAU as well as Investment Secretary.   He has served in various capacities of the University such as Council member, University Committees within and outside, among others.

Elder Uche Arua is a member of the Nigerian Library Association (NLA) Abia State Chapter and served as Assistant Secretary of the Association. He is also a chartered member of the Librarians’ Registration Council of Nigeria (LRCN).

He is happily married and blessed with wonderful children. He likes watching gospel messages, gospel music and watching football.