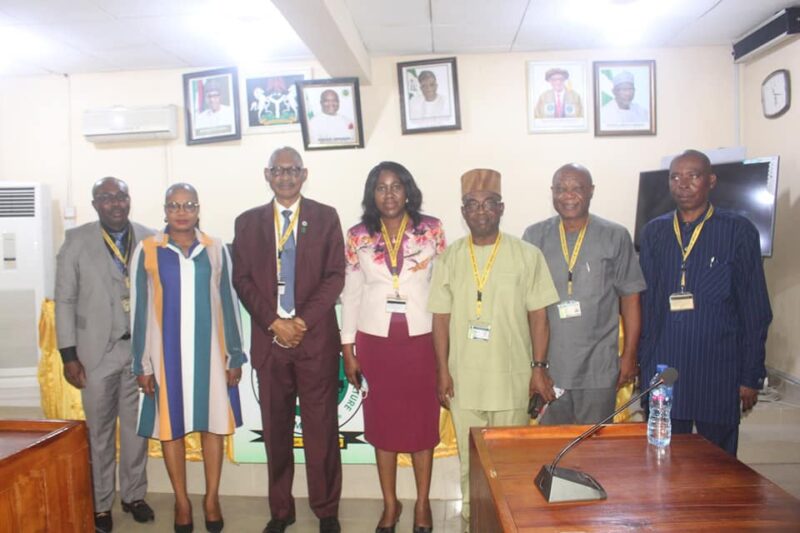 Activities at the Michael Okpara University of Agriculture, Umudike TETFund Centre of Excellence in Root Crop Research and Development will kick off in earnest, following the inauguration of it’s technical committee, yesterday, by the Vice-Chancellor of the institution, Prof. Maduebibisi Ofo Iwe.

In his opening remarks at the ceremony which held at the VC’s conference room, the Director of the Centre, Prof. Emeka Nwofia, stated that the technical advisory committee was constituted on the directives of TETFund. According to Prof. Nwofia, this is to ensure that research activities at the Centre are guided by a team of reputable researchers.

Responding, the Vice-Chancellor, Prof. Madu Ofo Iwe, who stated that TETFund was established to enhance research and academic activities in Universities, described the inauguration of the TETFund Centre of Excellence as a remarkable achievement by the past administration.

Reminiscing on the days when he, alongside other young academics fought for the establishment of what was formerly known as Education Trust Fund (ETF), the VC expressed delight that MOUAU is one of the institutions now benefitting from the outcome of an over 30- year struggle.

Addressing the members of the newly inaugurated committee, Prof. Iwe expressed hopes that they would put in their years of experience and expertise, to ensure that available funds are utilized appropriately. He stressed that doing this would accelerate growth in all sectors of the University.

While inaugurating the committee, Prof. Madu Iwe urged it’s members to work assiduously, to articulate research ideas that would hasten the disbursement of funds, assuring them that the University will work hard to provide the needed farmlands.

In his remarks, the Chairman of the technical advisory committee, Prof. D.A. Okpara thanked the VC for the confidence he has reposed in members of the committee, assuring him that they would do their best to make the Centre a huge success.

Some other members of the committee include Prof. M.E. Eke, Prof. G.I. Onwuka, and Prof. Jude Mbanasor.

Recall that MOUAU is one out of ten Universities selected as TETFund Centres of Excellence last year. The Centre is being funded with 1 billion naira, to drive root crop research and development.