President Muhammadu Buhari has urged Nigerian Universities of Agriculture as cardinal tools for rapid transformation in agricultural sector to collaborate with National Agricultural Land Development Authority (NALDA), to ensure increase in the production of food and raw materials.
The President made the call while speaking at the 10th Convocation ceremony of the Michael Okpara University of Agriculture, Umudike (MOUAU). President Buhari who was represented by the Minister of Agriculture and Rural Development, Dr. Mohammad Mahmood Abubakar promised that efforts are being made by Government to put in place policies and programmes to strengthen agencies in order to provide enabling environment for increase in the production of food and raw materials for economic diversification. 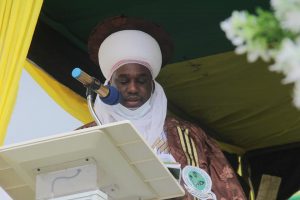 In his opening remarks, the Chancellor of the University, Shehu Abubakar Shehu III applauded the developmental strides of the Vice-Chancellor of MOUAU and congratulated the graduating students who he described as indispensable agents in the transformation of the nation. 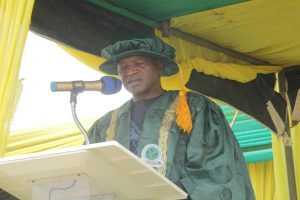 The Vice-Chancellor, Prof. Maduebibisi Ofo Iwe, in his welcome address, thanked the president for his support to the University system. He used the occasion to reel out achievements his administration has recorded in areas of infrastructure development, staff and students’ welfare, research and innovation as well as the signing of a Memorandum of Understanding (MoU) with the Nigerian Meteorological Agency (NIMET) and National Agricultural Land Development Authority (NALDA). 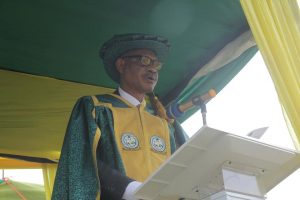 In his remarks at the occasion, the Governor of Abia State, Dr. Okezie Victor Ikpeazu, who was represented by his deputy, Rt. Hon. Ude Okochukwu appreciated the tremendous efforts made by MOUAU in the area of research and innovation. He used the occasion to appeal to the government to restore the courses delisted from the university curriculum in order to create more admission opportunities for teeming applicants in the State. 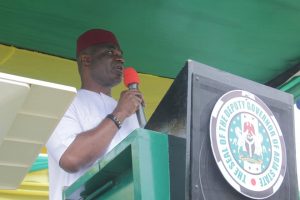 The University graduated a total of Six Thousand Six Hundred and Six (6606) students with 4115 belonging to the 2018/2019 academic year at the undergraduate and postgraduate levels. Of the Five Thousand Eight Hundred and Fifteen first degree graduands, ninety two obtained first-class honours, One Thousand Seven Hundred and Seventy-Five passed with second-class honours (Upper Division) and Two Thousand Nine Hundred and Five with second-class honours (Lower Division). In addition, One Thousand Two Hundred and Twenty-Six graduated with third-class honours, while Eighteen had pass degrees.
The University at the ceremony conferred honorary degrees on four distinguished personalities including HRM Alayeluwa Oba Akeem Olusayo King Ogungbagbe, the Ajagbusi-Ekun VI Owaloko of Iloko-Ijesa; the President/CEO of Coscharis Group, Dr. Cosmos Maduka; the MD/CEO of UYK Nig. Ltd. and the President of Yahaya Kansila Foundation, Alhaji Usman Yahaya Kansila and the Group Managing of Eunisell Group, Mr. Chika Ikenga.
The occasion attracted the Minister of State for Mines and Steel Development, Dr. Uche Sampson Ogah, other top government officials, academics, traditional rulers and well-wishers of the University drawn across the nation. 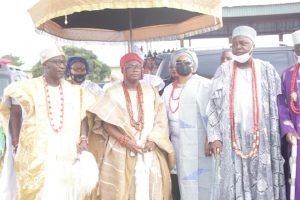