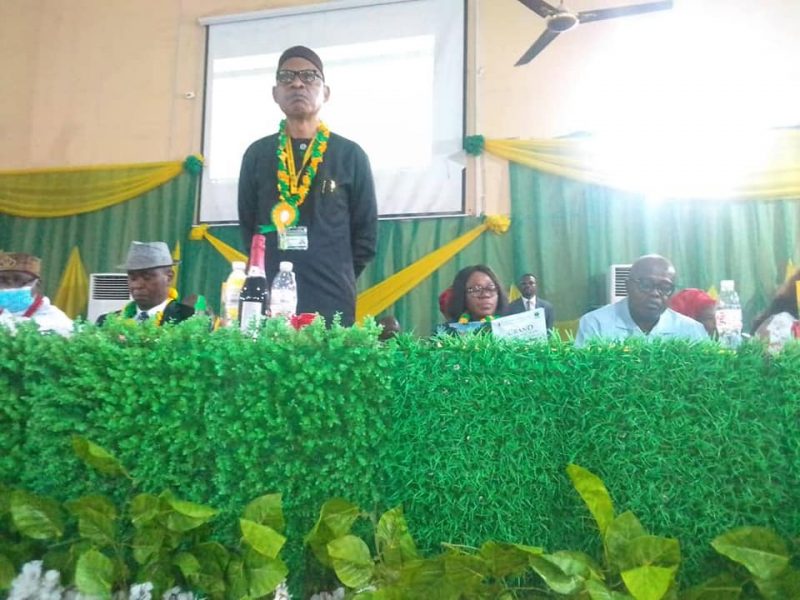 Indigenes of Abia State working in the University under the aegis of Abia Staff in MOUAU (ASIM), as well as other notable personalities from the State, on Wednesday, gathered to honour the Vice-Chancellor, Prof. Maduebibisi Ofo Iwe.

Speaking during his opening remarks at the colourful Grand Civic Reception held at the University’s Senator Anyim Pius Anyim Auditorium, the Chairman of the Occasion and former Vice-Chancellor of Abia State University, Uturu, Prof. Mkpa Agu Mkpa extolled the exemplary qualities of Prof. Iwe, noting that the University has witnessed a lot of remarkable changes since his emergence as VC.

In his address at the ceremony, the Chairman of ASIM and Dean, College of Natural Resources and Environmental Management (CNREM), Prof. Anthony Nlewadim described Prof. Madu Ofo Iwe as God’s servant chosen by Him to take the University to greater heights.

In his response, Prof. Madu Iwe thanked Abia staff in MOUAU for honouring him and reiterated his commitment to do his best for the growth of the University.

The event featured special songs rendered by women members of the association eulogising the VC.

The University Management and other senior officers of the University were present at the event. Also in attendance were traditional rulers from the State amongst whom were the Chairman, Ikwuano Council of Traditional Rulers, His Royal Majesty Eze Dr. C.E. Ndimele. Other dignitaries who graced the event were the Provost, Abia State College of Education (Technical), Dr. Philip O. Nto, amongst others.
0Shares
PrevNext