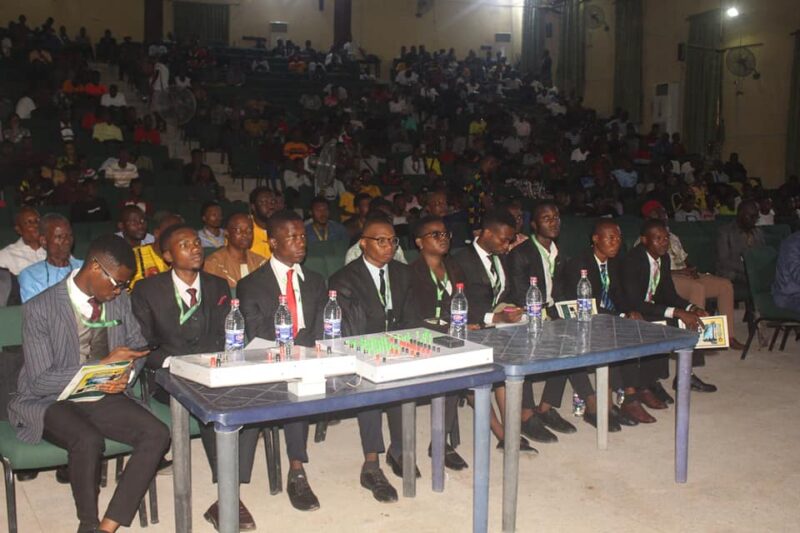 A roadmap for a robust commercial agricultural scheme has been laid at the Michael Okpara University of Agriculture, Umudike, in line with its leading role in the pursuit of the National Agricultural Policy’s goal of self-sufficiency in food and fibre production. The Vice-Chancellor of the institution, Prof. Maduebibisi Ofo Iwe, made this known yesterday when the institution hosted the 5th Committee of Deans of Engineering and Technology of Nigerian Universities (CODET) Students’ Project Competition and Exhibition at its Senator Anyim Pius Anyim Auditorium.

In his address at the event, Prof. Madu Iwe who was represented by the Deputy Vice-Chancellor Academic, Prof. Udo Herbert, stated that his administration is toeing the path of the institution’s founding fathers who had since its establishment championed excellence in teaching, research and community development. According to the VC, “few weeks ago, I laid a road map for the University’s commercial agricultural scheme. The idea is for us to practice what we preach. We use our human resources to pursue modern farming, leveraging on our in-depth knowledge and skill in agriculture.”

Speaking at the event, the Dean of CEET, MOUAU, Prof. K.J. Simonyan, described CODET as a scheme that affords the participating students the opportunity to have professional networking, develop ideas among peers, and also avails them the requisite skills to compete among their equals. Prof. Simonyan thanked the VC for his support to the College, urging him to continue his good work in the University.

The event drew students from Nnamdi Azikiwe University, Awka; Alex Ekwueme Federal University, Ndufu-Alike and Enugu State University of Science and Technology, who competed and exhibited different engineering projects alongside students from the host University, MOUAU. In the singles competition, Kalu Chisom Favour, from Nnamdi Azikiwe University, Awka, came first with her project on the design and fabrication of stretch blow mold for producing 50 cl pet, while Chikere Nnamdi Chinomso, from MOUAU, came third with his project on DC chopper trainer for laboratory applications. The first, second and third-placed students will participate at the national competition in Abuja.